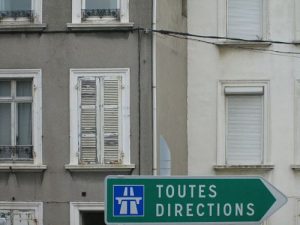 Being an Archdeacon in the Diocese in Europe is different to the rest of the Church of England and the Church in Wales where I was previously an archdeacon. There is the huge geographical scale for one thing. There is also less of the ‘gutters, drains and stolen lead from the roof’ factor, which occupies a lot of my colleagues’ time on the island. Much of the legal side of things takes a back seat here, simply because the Canons of the Church of England may be legal tender in England; but, here in France (as elsewhere on mainland Europe), they have little or no statutory weight. This means that I am free to concentrate on other priorities.

One of these is being a roving mission-enabler, and a general source of encouragement and affirmation to chaplaincies that can feel isolated. We have 83 congregations in the Archdeaconry of France, in rural and urban locations. They epitomise what Rowan Williams describes as a ‘mixed economy.’ Some rural congregations are a focus for Brits who have made their home in France, often meeting in local Roman Catholic churches (ecumenical relations are excellent here, by the way, and much more diverse than I have experienced before). In most of our urban congregations, such as Strasbourg, Grenoble, Nice and Paris, they are unmistakably international – and growing. Sometimes, ‘International’ in Europe can be a euphemism for ‘English speaking with an Anglo-American outlook.’ I have seen little of that thus far. Worshippers from Africa, the Middle East and Asia are bringing their own distinctive accent to the worship and ministry of the chaplaincies where they are making their home, whether they are here for an extended period or just passing through.

Last Sunday, I spent the day with our three congregations which currently form the Pas-de-Calais chaplaincy in Northern France. We met in the lovely surroundings of the Diocese of Arras Centre, just south of Boulogne.  They have been without a priest for a while. Last October, as we sat around a table in Calais to plan the future of ordained ministry in the area, the population of the ‘Jungle’ in Calais had reached bursting point and was closed down. It was as if the whole world had turned up on the doorstep. Serving communities in close proximity to the English border (which is, officially, in the French ports), when so many people traumatised by war and repression are desperate for support, and having such complex needs, can be simply overwhelming. The French government’s decision to dismantle the ‘Jungle’ and disperse those living in sub-human conditions has meant a temporary respite for the chaplaincy, giving them time to take stock and plan future priorities. But we are in no doubt: those seeking a home in Britain are making their way back to the Channel ports – and will need the Church’s support.

See the News page for more information about this visit.

I was hugely encouraged by our day, as we began by exploring opportunities surrounding the appointment of a new priest. This is going to be different. We hope that it will be a partnership between our own Diocese, the Diocese of Canterbury, and USPG (United Society Partners in the Gospel) which has considerable experience of mission and ministry among refugees and migrants. The diverse group of people who worship in the congregations of Pas-de-Calais are being very open and thinking creatively about this tripartite collaboration.

I then led an hour of reflection, before an excellent lunch prepared by the staff who work at the centre, using the poetry of R.S. Thomas and George Herbert, along with music by James MacMillan and John Tavener. We allowed ourselves some space to take stock of being overwhelmed, before moving on to think about how a ministry of hospitality flows from putting the Eucharist at the centre of our lives. Good worship is infectious; and, when we put as much energy and imagination into it as we do our social events, surprising things can happen.

Then it was off to Lille airport for a flight to Nice, where the Bishop and I would be interviewing for a vacancy at St Raphael the following day. But that is another blog for another day. 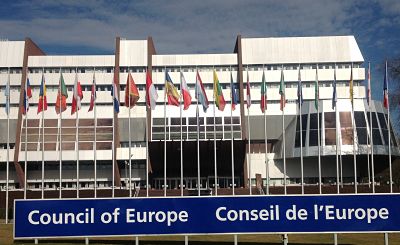 An early Saturday morning start at Bruxelles Midi, as I board the TGV to Strasbourg. Time was when this was a tortuous […]