An early Saturday morning start at Bruxelles Midi, as I board the TGV to Strasbourg. Time was when this was a tortuous journey by rail – not least for those who worked in the EU institutions. No longer, thanks to levels of French government (and EU) investment in the rail network that must leave customers of certain British railway companies crying into their skinny latte!

This is my first visit to this major French city, a seat of the European Parliament, close to the Eastern border with Germany – as well as its vibrant, growing international congregation.

Strasbourg’s closeness to the German border reveals that it was part of Germany until 1919. The architecture of the city (as in the whole of the two French départements bordering Germany along the River Rhine) looks Germanic – and the cuisine matches with its emblematic dish of choucroute (fermented cabbage with smoked pork). It is also home to the Kronenbourg brewery, whose 1664 lager (the year the brewery was founded) can be found all over Europe. In a packed weekend, I fear there wasn’t enough time to imbibe much that the Kronenbourg empire has to offer.

I met with the wonderfully energetic Church Wardens at St Alban’s, Strasbourg, Pauline and Anny, as we prepare for the appointment of a new priest there. This is an exciting and challenging post for someone who feels called to serve a diverse and multicultural Christian community; someone who will relish reviving the Church’s relationship with the European parliament. Strasbourg is something of a European crossing-point, and there is a lot of migration taking place. This is not a job for someone who simply wants to be chaplain to a congregation. This is place where there’s a need for what Anglicans do well i.e. being creative and outward-looking with cultural engagement as the basis for mission.

Strasbourg is the one place in France where this should be easier. It is the only city where laïcite (the French term used to define its secular constitutional stance) is less in evidence. Because of Strasbourg’s history as to-ing and fro-ing between France and Germany, there is a kind of church-state relationship.

My visit was not only an in-house Anglican affair. I had a very fruitful meeting with the Reverend Christian Krieger, President of the Synodical Council of the Reformed Protestant Church of Alsace Lorraine. With the Bishop of Warwick, John Stroyan, Christian is co-chair of the Reuilly Commission (of which I am a member), promoting dialogue between the Church of England and the French Protestant churches. Given Strasbourg’s part in the momentum of the Reformation, and the exchanges between the Reformers of that city and (what became) the Church of England, our meeting has a particular resonance.

On Sunday morning, I presided at the Eucharist, and preached (on this last Sunday before Lent), as the scriptures direct our focus towards the account of the transfiguration in Matthew’s Gospel. St Alban’s uses an exquisite Dominican church, and a very rewarding space in which to celebrate the mystery at the heart of the Church. The international nature of the congregation of around 80 people is evident in so many ways – not least as the Malgache community sing a stirring setting of the Gloria. The après-ski refreshments were extensive: a wonderful buffet lunch which sustained me for the journey back to Brussels, along the plains of Lorraine, Champagne and Ardenne.

The advert for the vacancy for the post of Chaplain in Strasbourg will appear shortly. 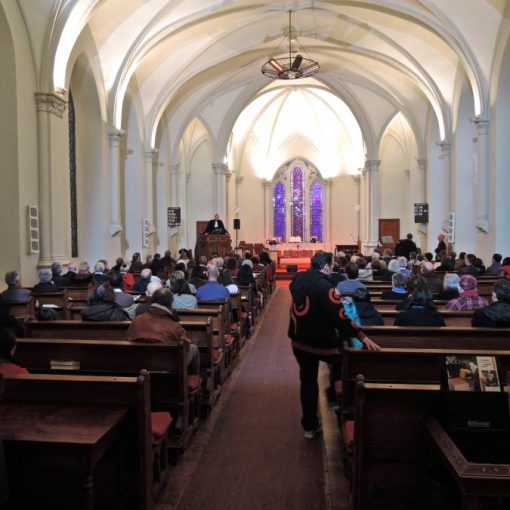 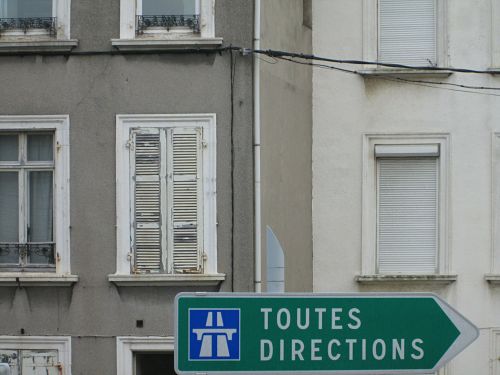 2 thoughts on “A Weekend on the Eastern Front”